On the 18th day of Christmas 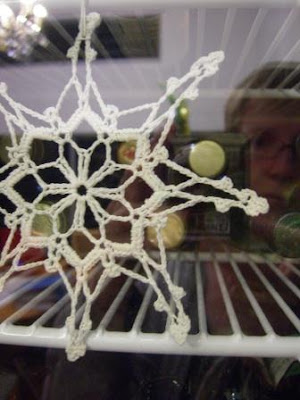 My true love said to me, "Why is it that the bigger my customer the less likely it is that they will pay my invoices on time, or even at all?" 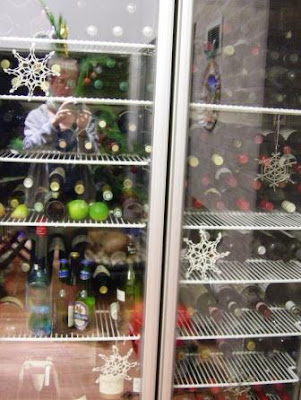 Yes folks, we're talking about one of the biggest banks in Australia - or at least, its insurance division which is part of the same group. 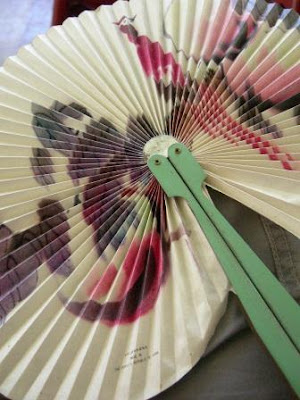 They've had dearest husband's blood, sweat and tears for 18 months, accepted the invoice with the 14-day payment period, and have casually announced that they'll pay it some time next year once their legal department has drawn up a contract that satisfies them. 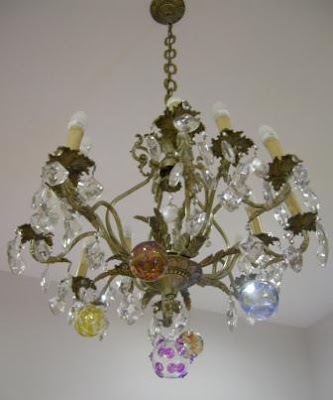 Another client is in Ireland - yes, that's right, the financial black hole of Europe at the moment. Their accounts people can't read and have sent a useless cheque out, probably to our old address, despite the fact that the (overdue) invoice has payment terms of 14 days and direct deposit written in red ink all over it. They do this every time. 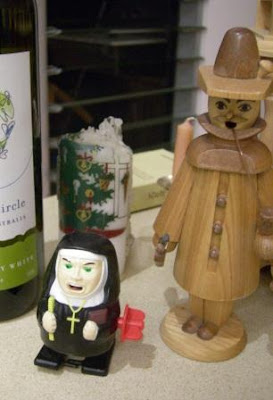 The third of our incompetent trio is in England. Another large insurance company with customers around the world. Don't worry about what these people do with your money folks, because they certainly aren't wasting it paying their suppliers... So to the Heads of their IT departments, their well-paid Board members and CEOs may we wish you a VERY Merry Christmas, apparently paid for by us.
Posted by Sara Bowen at 9:18 pm

I love the angry nun.

i have that nun too! it spits sparks! send it to the banks!

I want an angry nun. She looks like the old cow who wouldn't give me piano lessons cos I wasn't of the Roman faith!

OK - nasty, non-paying suppliers and the frustrations they cause aside ... those snowflakes are great. Are they tatted or crocheted ... or bought? Must know!!

I'll post your daughter that purse after the holidays - it probably won't make it for her birthday, but we'll see!

No this is no surprise to me at all, having grown up with my father running a small business. Of course, WORST OF ALL are government departments. The higher you go, the slower they get - and yet they prattle on about small business being the backbone of the country! And we wonder why the country is going down the gurgler. Sorry Sara! Guess you weren't expecting a rant like that!?

May I add some companies with huge advertising accounts who want fabulous advertisments but make the makers of those ads wait for ages for payment. Well, that barely made sense, did it, but I hope you get my drift.

And I agree with Fiona, those snowflakes are just gorgeous. Did you make them? Love your Christmasy pics.