I hates those mices to pieces

It's the third week of the school holidays and we're on the downward slope, heading towards the start of Term 3 next Tuesday. My current preoccupation is with mice, and not in a good way. Living on a rural block mice are something of an inevitability but where I draw the line is having them in the house! Having spent a couple of evenings noticing a distinct nibbling sound in the corner where our food is stored in our temporary "studio-based" accommodation we were not best pleased to find a very sprightly mouse in a box. Nor was I thrilled to witness a mass rampage in and around the guinea-pigs' cage at 4am the other morning. Action was required, and several traps and a lot of peanut butter later I am pleased to report an uninterrupted night's sleep yesterday. However, I haven't forgiven them for managing to get into several layers of wrappings INSIDE a box and munching on my etching blankets, or the chewed patches on M's bath towel...

Mice aside, we had a good time in Sydney the other week, when I went down to a schools conference entitled "Governance, Leadership and Management" or "GLaM" for short. I had a fun two days listening to plenary sessions on "Financial Benchmarking" and "The Watershed Model - Employee Relations", among others, while dearest husband and darling daughter enjoyed themselves around the town.

One of several destinations I was able to join-in on was the Australian Museum just off Hyde Park, to which we had never been in the dozen years or so that we've been visiting Sydney. What a mad place! 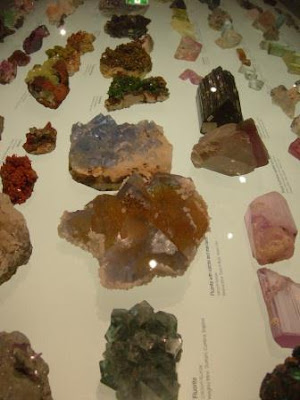 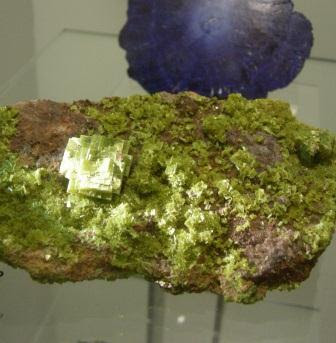 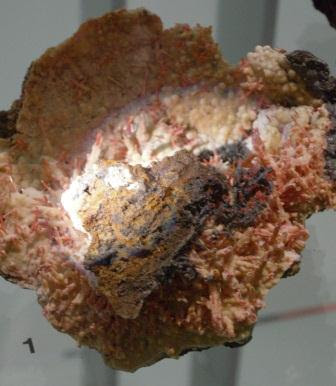 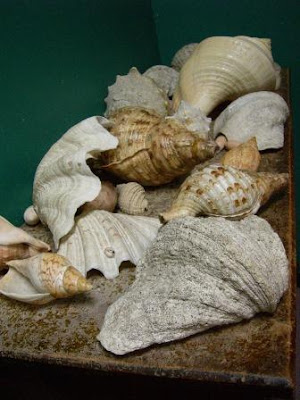 Other highlights of the trip included being able to buy some decent children's footwear (our usual aim when we go to Sydney), and a visit to the sales for new bedlinen and a new set of saucepans, destined for our new kitchen. We are SO close now to the end of the build! Warren reckons that it could be 3-4 weeks before we can move in. I've posted various pictures of the developing kitchen on Lookout31, and it's very exciting. We're saving up several new things for the house: towels, bits and pieces of kitchen equipment, new sheets. Silly really, but fun! 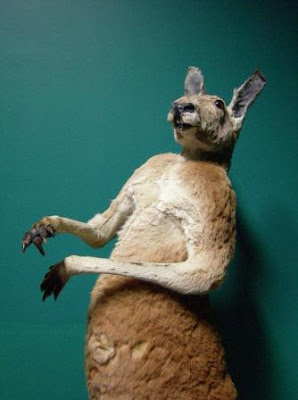 This bizarre stuffed kangaroo was, for me, one of the highlights of the Australian Museum... looks like he's about to step on the stage of a vaudeville show!
Posted by Sara Bowen at 5:14 pm

Ughhh .. I remember the mice we had at the Grange in Thirsk. Six months of sheer hell. You have my sympathies.

I can 'do' most things but I hate 'rodents' of any description. Mars bars work the best back here in the UK but must remember peanut butter just in case! Lesley

Mice. Ack. My coworker/friend and I spent time in a farmhouse in the mountains last summer. This woman and I are both 50-something. When we saw a mouse run through the living room, we both jumped and screamed....and ran around the house. I was an absolutely ridiculous scene, but totally uncontrollable.

I haven't been attending to my blog lately, nor anyone else's. I feel bad being so behind on the news!